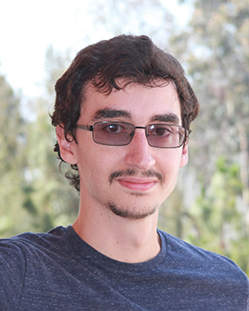 Haley Swanson is a third year Ph.D. student at University of California, San Diego. She earned a B.S. in Chemistry from the University of Tampa, Florida, with a strong background in analytical and physical chemistry. Her interdisciplinary research focuses on characterization and dynamics of amino acid, peptide, and protein interactions at the surface of various nanoparticles. While solid-state nuclear magnetic resonance (NMR) is a vital tool to many of her projects, she is also working on developing techniques and pulse sequences for proton detection in solids. She uses a combination of thermoanalytical techniques (TGA and DSC), molecular microscopy (SEM and TEM), computational analysis, as well as solution and solid-state NMR to probe these systems and gain a better understanding of how nanomaterials will behave in biological systems. Her future publications will have a far-reaching impact on the biomedical community as these systems are rapidly being developed for drug delivery, cancer therapeutics, and non-invasive sensors and detectors. 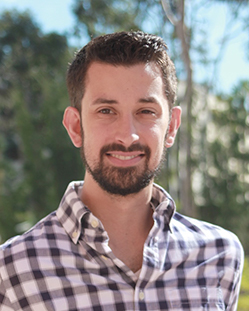 Prior to joining the Holland lab at SDSU, Dillan worked as a Research Associate in the Analytical Chemistry department of the trait development company, Nucelis. Dillan developed HPLC, GC, extraction, and purification methods to quantify and isolate various products being synthesized from yeast. He returned to graduate school to learn more about NMR and its applications to bio- and nanomaterials. He plans to work in these industries after graduation. He is a graduate of UCSD with a BS in Biochemistry and Cell biology. 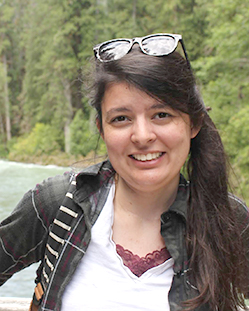 Hannah Johnson graduated with a B.S. in Biochemistry from UCLA where she gained an interest in high resolution microscopy after taking a course with hands-on training. Before coming to SDSU, she worked for the biotech company Expedeon assisting in the development of precast gels used for electrophoresis as well as an improved casting method. In Dr. Holland’s lab, she hopes to expand her knowledge of microscopy while looking at spider silk glands using FTIR, TEM, and cryoEM. 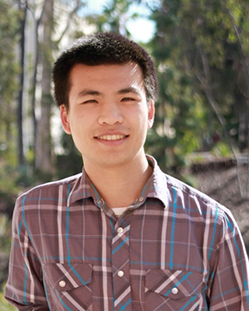 Rich Thai graduated from UC Riverside with a B.S. in Biochemistry with an emphasis in Chemistry. During his time there, he worked with Dr. Vincent Lavallo to synthesize and analyze amine derivatives of carboranes using a modified Brellochs method. In order to analyze and verify the synthesis at each step, he focused on performing a 11B and 1H nuclear magnetic resonance (NMR) and mass spectroscopy. Currently, Rich is interested in synthesizing and characterizing specific proteins found in spider toxin and how they interact with specific ion channels associated with pain.

computational analysis, as well as solution and solid-state NMR to probe these systems and gain a better understanding of how nanomaterials will behave in biological systems. Her future publications will have a far-reaching impact on the biomedical community as these systems are rapidly being developed for drug delivery, cancer therapeutics, and non-invasive sensors and detectors. 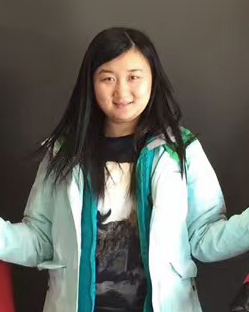 Yuan received her masters degree from Old Dominion University, where she worked in Dr. Jingdong Mao’s lab and studied the structure of natural organic matter such as soil, humic acid and kerogen with solid-state NMR. She then worked as an analytical chemist in the pharmaceutical industry in San Diego after graduation. In order to further her passion in research, she joined Holland’s group in fall 2017 to study bioinspired nanoparticles with advanced NMR and other up-to-date analytical techniques.